January 23, 2023 |
Latest News
When AMH’s new flagship branch opens later this month, it aims to set a benchmark in the Persian Gulf region for modern, innovative healthcare. The partnership with Sheba will make that possible.

Recently, AMH officials and Sheba representatives met at the C3 US-Arab Healthcare and Business Summit in New York City to formalize the new partnership on the eve of the second anniversary of the Abraham Accords, which normalized diplomatic relations between Israel and Persian Gulf countries, including Bahrain, in 2020.

“Healthcare is a pathway to peace and prosperity,” says Yoel Har-Even, Director of Sheba Global. “We can all unite for the common goal of promoting health and combating the ailments from which mankind suffers.”

Bahrain’s largest private medical center, AMH will open its new $66M flagship facility later this year. The agreement with Sheba will provide it with professional training on the latest technological innovations in a bid to improve medical care in the region and reach a greater number of patients through telemedicine services.

“We’re looking to Sheba to add competencies and skills beyond what we already have in Bahrain,” said Dr. George Cheriyan, CEO of AMH, “There will be a free flow of physicians and surgeons back and forth.”

The partnership with AMH is one of several collaborations that Sheba has launched in the Persian Gulf, including an agreement with UAE’s Al Tadawi Healthcare group, providing remote consultations with Sheba’s doctors to local government employees, and a partnership with Dubai-based Medcare Women and Children Hospital to train obstetricians and gynecologists. 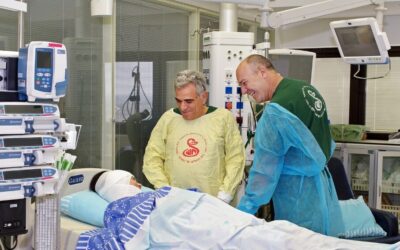 Burns are a major cause of morbidity and mortality in children and are, in fact, most common among children aged 0-4. Sadly, this is also the story of 17-year-old Ravid Sulam, who suffered severe burns when she was only two and a half years old.

END_OF_DOCUMENT_TOKEN_TO_BE_REPLACED 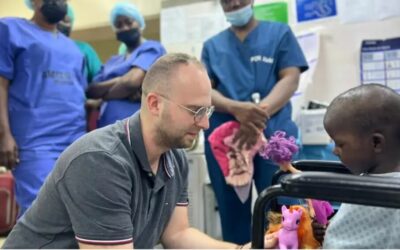 A five-day humanitarian mission to southern Nigeria, led by Prof. Ido Didi Fabian, will focus on reducing mortality among children suffering from retinoblastoma, an eye cancer prevalent in the region

END_OF_DOCUMENT_TOKEN_TO_BE_REPLACED 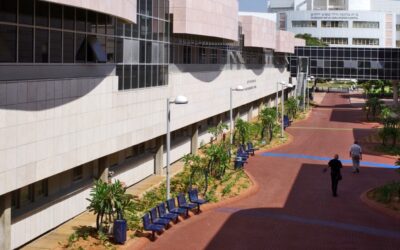 END_OF_DOCUMENT_TOKEN_TO_BE_REPLACED
We use cookies on our website to give you the most relevant experience by remembering your preferences and repeat visits. By clicking “Accept”, you consent to the use of ALL the cookies. However you may visit Cookie Settings to provide a controlled consent.
Cookie settingsACCEPT
Manage consent